2. The Major Six Committees jointly issued the Opinions on Rectifying and Standardizing the Order of the Housing Rental Market to prevent financial risk on housing rental.

It is a sign that the purchase restriction on the real estate market has been loosened. The entire country will implement this new policy real soon.

The Santa Clause did not show up yesterday but send the above breaking news to house buyers as presents.

According to the statistics of the Institute of Political Science and Research, the long-term residents of Foshan in urban area of 2019 is 1.8205 million, which is jsut in line with the terms of the Opinions.

These statistics, however, might surprise many of us. Foshan, with an urban population of over 7.9 million, has only 1.82 million long-term residents in its urban area. As a matter of fact, compared with similar second-tier cities, the population of Foshan does not tend to be gathered in the main urban area.

Per data released by the Chancheng District Government website in October this year, within the core area of Foshan, known as streets around the Ancestral Temple, the permanent population is only 600,000, accounting for merely 7.5% of the total urban population. 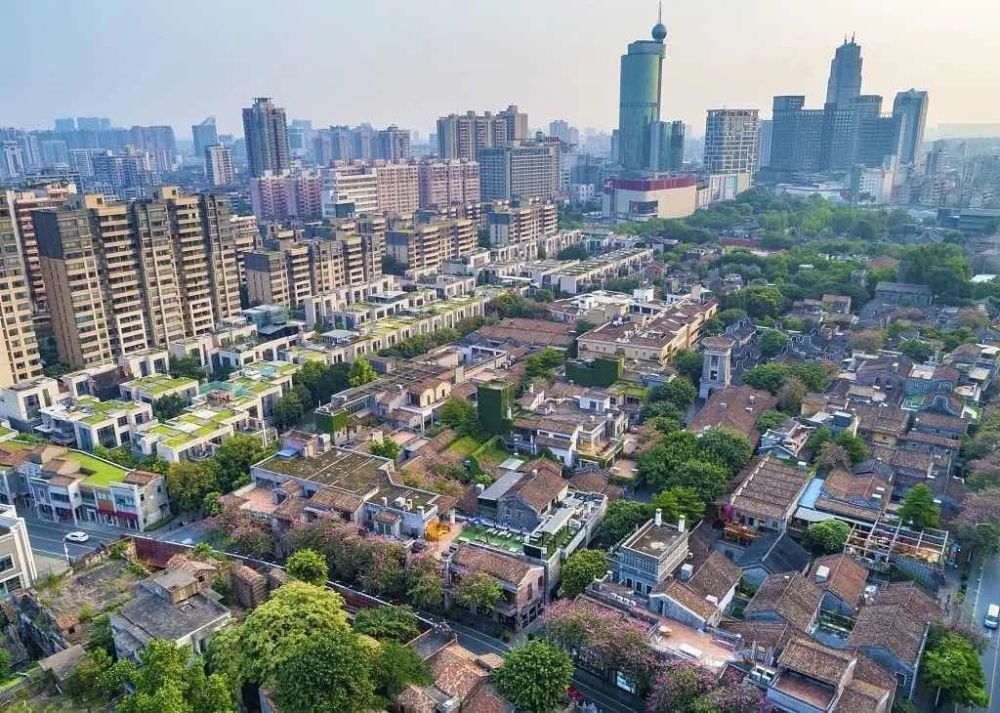 Business area around the Ancestral Temple

Besides the Ancestral Temple, almost every district has its own "landmarks": Qiandenghu Lake in Nanhai District, Desheng New Town in Shunde District, and the business area in Foshan West Railway Station. As a result, the population and employment are scattered, but the entire city can develop with multiple centers.

Moreover, with the integration of Guangzhou and Foshan, these places can also benefit from it, and house buyers don’t need to chase after the so-called “central resource” blindly.

Therefore, it can be concluded that the “cost performance” of real estate market in Foshan is really good as there won’t be any price tumbles. It will make house buyers feel safe.

Loosening the settlement means higher demand for houses. Thus, those powerful second- and third-tier cities will be benefited.

Yet, apart from short-term demands, the government should have long-term vision as well. Economic factor and talents are the two elements that increase the value of houses—and that’s why large cities are “fighting for landing more talents”.

Yesterday, the Opinion issued by the Major Six Committees requires that the housing information must be authentic with real delegation, condition and price. Companies or individuals who intend to sublease over 10 houses must have registrations accordingly.

Besides being authentic and safeguarding tenants’ benefits, many have neglected to prevent financial risk on housing rental.

Under the current regulations, in addition to the provisions on housing information, there are also clear requirements on the loan term and loan amount of the loan business of housing rental. The related department will strengthen the supervision. With regard to rental income of companies’ housing rental, the loan amount cannot account for over 30%.

The abovesaid policies indicate that the population will be further gathered in the central area of cities, which will differentiate the urban areas as the future lies in well-educated talents and young populations.

And it is really a good news for many people in Foshan to strengthen the management of the housing rental market, which proves that the government is going to rectify the chaos in the past.

Wenzhou has also issued a house purchasing policy for talents there, who will enjoy a 30% discount if qualified. Will there be more cities following this trend in the future? Will Foshan make more moves after the new policy? Please stay tuned.